TAIPEI — Nintendo’s wildly popular game, Animal Crossing: New Horizons, has acquired many disguised identities in China since the government appeared to ban it in early April.

Consumers have become creative in obtaining copies under the counter, referring to the game with codes like “muscular man collecting tree branches” or “journey to the desert island” to find the remaining copies of the game through online chats.

“Chinese gamers are resourceful about playing a game they desire, even when it is not officially available in China,” says Daniel Ahmad, senior analyst at Niko Partners, which conducts market research on the games industry.

While China’s gamers are used to dodging strict regulations, the Animal Crossing ban foreshadows a much tougher suppression of gaming content.

The Nintendo Switch game, a social simulator where players can customize their islands, share user-generated content and interact, has benefited from a timely release during a global lockdown. In a time of crisis, the game has provided a virtual space for people to host delayed weddings and birthday parties.

But players have also transformed it into a stage for political opinions. Stalled by the COVID-19 pandemic, Hong Kong activists brought their pro-democracy protests to their virtual islands. Protest slogans and characters dressed in black went viral on social media.

Animal Crossing’s disappearance was not unusual given strict video game regulations in China. Lev Nachman, a Ph.D. candidate in Political Science at the University of California Irvine, says: “It’s not so outrageous or unheard of for a game like Animal Crossing to get banned, but the speed at which it has become such a global phenomenon likely hastened the process.”

In a more dramatic shutdown, Taiwanese fan-favorite horror game Devotion was pulled a week after its release in 2019 on the discovery of hidden insults to Xi. As part of the collateral damage, the China-based publisher responsible for the game’s distribution had its business license revoked.

China’s games market generated over $36.5 billion in 2019, according to market researcher Newzoo — just ahead of the U.S. at $35.5 billion. This is despite tight rules and China’s nine-month freeze on licensing new games in 2018-19 following a regulatory shake-up.

A mobile game developer in South Korea tells the Nikkei Asian Review that it has been extremely difficult to get approval in China because content regulation is largely political. When he tried to publish a game in China, the local publisher suggested setting up a shell company in Singapore or Hong Kong before they could work together. Popular Taiwanese horror game Devotion was pulled in China a week after its release in 2019 on the discovery of hidden insults to Chinese President Xi Jinping. (Courtesy of Red Candle Games)

If foreign developers wish to tap into the massive Chinese market, with over 720 million gamers, their best bet is to secure partnerships with local games publishers. PlayerUnknown’s Battlegrounds — a mobile game developed in South Korea — successfully entered China by teaming up with Tencent Games. It was the world’s highest-grossing mobile game in March.

“Releasing games via official channels is getting tougher for foreign games,” says Dino Chang, a media anthropologist specializing in games and culture. “Yet there are plenty of Chinese-made mobile games approved every week that are in some cases very close to what is considered inappropriate, like gambling, soft pornography and violent themes.”

Nintendo partnered with Tencent to launch the Switch console in China last December, but with only three games approved so far. Most Chinese players are still purchasing consoles imported from Japan or Hong Kong, says Chang, because the Tencent Nintendo Switch is not desirable. Both the game cartridges and the eshop for the Tencent version are region-locked, which means players cannot connect to global servers or purchase overseas games. 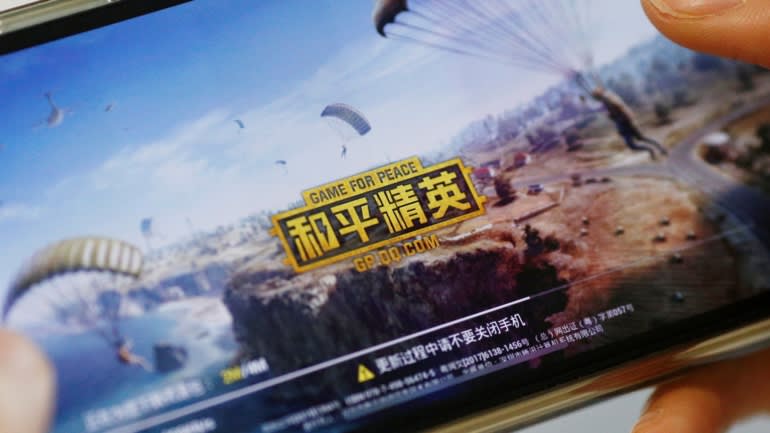 When Chinese government approval was suspended for the popular game PlayerUnknown’s Battlegrounds, Tencent replaced it with Game for Peace, a mainland version that met local content rules.

The Nintendo-Tencent partnership, however, still has to jump over hurdles. The duo announced that there would be 10 to 20 official Switch games by the end of 2020, but only two new games had been approved as of April.

China’s State Administration of Press and Publications, formed in 2018, has implemented a long list of regulations and has frequent new rules. For example, depictions of zombies, blood, virus outbreaks or anything deemed dangerous for national morality are not permitted.

A game like Animal Crossing may not ever pass censor control. Regulators are especially wary of features like user-generated content, because it is hard to monitor offensive violations, or map customization features, since they might complicate political territorial disputes.

The deshelving of Animal Crossing, regardless of its political implications, may be a routine regulatory check. Yet heavy-handed government regulations highlight the ever-growing uncertainties clouding over China’s gaming industry.

Around 30 million Chinese gamers rely on Steam, the world’s largest video game distribution platform, to access unapproved games. Indie Chinese developers which are frustrated with government regulations and slow licensing process have also turned to the platform for underground releases. Ahmad says Steam “has operated in a gray area for years” and could be banned at any time. 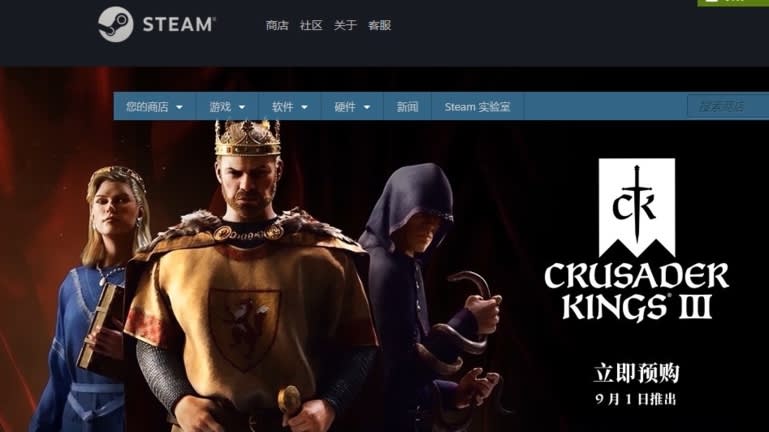 A screenshot of the Chinese homepage for Steam, the world’s largest video game distribution platform. Around 30 million Chinese gamers rely on Steam to access unapproved games.

Valve Corp., Steam’s creator, is now working with Chinese games publisher Perfect World to release an official platform in China. Chinese gamers are worried about the launch, which could revoke their access to the global version of Steam.

China’s hard-line censorship stance not only threatens to strip pleasures from Chinese gamers, but also discourage investors. Rui Zhong, a Washington-based researcher at the Wilson Center’s Kissinger Institute, suggests that even domestic industry giants like Tencent do not enjoy any privilege when it comes to license approval.

“The fact that Tencent has a party cell [internal group of Chinese Communist Party members] and plays by the rules when it can doesn’t necessarily create any regulatory shortcuts, especially in the expanding slate of things that are subject to censorship,” Zhong said. She also notes that Tencent has “reassessed the profitability of investing in a game-heavy portfolio” because of license freezes and complex regulations.

Like many other regulated content industries in China, the video game industry has to navigate ever-changing government censorship. Developers will be in a constant race to comply with authorities, while Chinese consumers will keep finding ways to climb over the great firewall.