TOKYO — For concert promoter Hiromichi Hayashi, the live music business this year has been all but dead due to the coronavirus pandemic.

Concert cancellations began to roll in on February 26, the day Japanese Prime Minister Shinzo Abe requested citizens to avoid large cultural events. As of the end of May, 220 of his shows have been canceled. “We lost sales of 4.2 billion yen ($39 million) due to the cancellations,” sighed Hayashi.

His company, Tokyo-based Hayashi International Promotions, has enough cash and income for about a year thanks to its noncore real estate business, he said. But he does not know if he can hold out if the pandemic persists. “Everyone in the live show industry is bleeding amid the crisis,” he said.

Hayashi is far from alone. The contagion and subsequent social distancing measures dealt a significant blow to the music industry. According to an estimate by Pia Research Institute, about 150,000 concerts worth 330 billion yen have been canceled in Japan as of May end.

Since February, both central and local governments have requested the industry to refrain from hosting events to curb the contagion. From early on, shows and concerts have been hot spots for new virus clusters, especially after an outbreak was confirmed in live music clubs in Osaka and Tokyo.

Growing public pressure has been another reason to push artists and promoters to scrub events. Singer Ringo Shiina was roundly criticized on social media after performing live in late February.

The government lifted the state of emergency on May 25, but promoters of concerts and other live shows are still being asked to refrain from staging events.

Industry insiders say they have been squeezed by how the government has treated them during the crisis, pressuring them to voluntarily shut down. This means that, unlike businesses that were forced to suspend operations, they are not getting any government help to recover lost income.

“It’s unfair that we can’t be compensated by the government, yet are asked not to hold concerts,” he said.

Drummer Akira Kawasaki for rockers Mouse on the Keys told the Nikkei Asian Review that the coronavirus “is taking a toll” on his band. In addition to several domestic tours, Kawasaki had to cancel tours in Canada and China scheduled for spring. “We had zero income in April and May,” he said. Kawasaki hopes the band can resume touring in October but is afraid of a second virus wave.

“This is the biggest shock I’ve ever experienced. Not only for my music career but also in my life.”

For Japan’s music industry, live shows and merchandising have become huge sources of revenue, replacing rapidly shrinking CD sales. According to the ACPC, concerts generated 345 billion yen in sales in 2018, up from 128 billion yen in 2010.

In March, All Japan Concert & Live Entertainment Promoters Conference and four other industry groups petitioned lawmakers, asking when concerts can be held again. “We don’t have any idea when we can finally resume our business,” said ACPC chairman Takeo Nakanishi in a statement.

The pandemic has been an unexpected blow and left the industry scrambling to find new ways to survive.

Going online is one. Dwango, which operates video streaming site Niconico, hosted free online classical music concerts in March. Over 200,000 people tuned in, according to the company. This was a clear sign that “online concerts can be a real experience for audiences,” said a Dwango spokesperson.

Before the pandemic, “many people played down online concerts, as they thought that sharing the same space with artists the ultimate added-value for live shows,” said Kyoko Yagi, a lecturer at Toyo University, who herself worked for the entertainment industry and contributed to the foundation of Japan’s largest music festival, Summer Sonic. “Online concerts can be turned into new content and will be accepted more,” Yagi added.

Yuji Maeda, president of startup Showroom agrees. The company, which has an app that allows users to livestream performances, saw its “highest growth ever,” both in number of registered users and daily audiences over the past month, said Maeda. 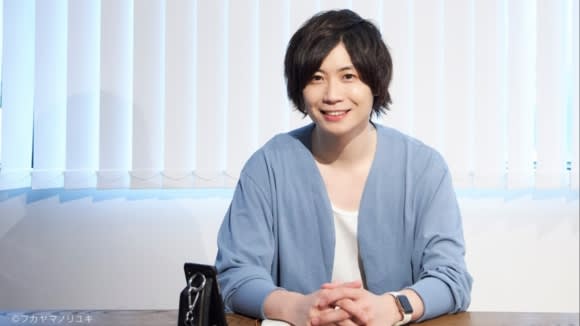 Showroom President Yuji Maeda said the company registered an increase in users and audiences over the past month.

Showroom, founded in 2013, provides a platform for artists and fans where they can interact with via streams and chat. Fans can create their own avatar and purchase virtual gifts to donate to favorite artists. Showroom then distributes the revenues to artists.

“Monetizing has been a hurdle for streaming services,” said Maeda explaining that most people will not pay over 1,000 yen to see a livestreamed concert. “In the coronavirus era, we have to offer new value that only livestreaming can provide, such as casual interactions between fans and artists. And we need to establish a clear monetizing model for these services,” he added.

Some overseas artists have been able to monetize online services. K-pop superstars like SuperM and BTS hosted virtual live performances in April via streaming service V Live, operated by South Korea’s Naver. About 75,000 paid viewers — who bought tickets averaging $30 each — watched the online shows. “The fact that $30 tickets were sold is significant,” said Maeda. “I believe online streaming has the potential to expand the market for the entertainment industry,” he added.

Showroom is not alone in creating opportunities for artists. Katsuya Oura, president of Bestendank which operates Unitive — an interactive fan-artist app released in November — also believes the digital shift is “essential.”

Unitive’s business model is simple: Musicians pay 500 yen a month to register and create their own fansite where they can livestream. Fans join a musician’s community by paying between 396 yen to 1,628 yen, the exact amount decided by each artist.

Unitive shares registration fees with the musicians. Oura said there are about 100 registered musicians to date. “Even under difficult times, online communities can be a stable revenue source for fledgling musicians,” said Oura.

Mouse on the Keys drummer Kawasaki has high hopes for online concerts. He is planning to livestream the performance of newly released songs later this year. Kawasaki said he hopes to reach fans all over the world and make up lost of earnings. “We have to adjust to the coronavirus era and come up with new ideas in these difficult times,” he said.

Collaboration beyond corporate boundaries is key for digitalization in the music industry, stressed Yagi at Toyo University. “Industry leaders should cooperate with different industries like IT companies,” she said.

And moves are already being made. Japanese telecommunications giant KDDI, Showroom, ticketing company Pia Corporation and three other companies announced in May that they will collaborate to push ahead with livestreaming and help artists access livestreaming platforms.

“Without the coronavirus, the music industry would have never stood together to push forward with online services,” said Maeda at Showroom. “The pandemic has forced a change that would have taken us a decade, while giving us the opportunity to create new value for the industry.”