AREQUIPA, Peru — Sota Kidokoro, 22, is one of tens of thousands of Asian tourists whose dream holidays in South America have suddenly turned sour, subjecting them to strict COVID-19 quarantine rules that feel like forced imprisonment.

“Unfortunately, the Japanese Embassy didn’t send me any information on charter flights or special buses to [Argentina’s capital] Buenos Aires,” Kidokoro said, speaking by phone from the Argentine town of Esquel, where he has been stuck for the best part of a month.

The young Japanese backpacker left Tokyo to start a gap-year trip around the world 10 months ago. After short spells in Nepal and Turkey, he flew to Guatemala, in Central America, to improve his Spanish and see the historical sites of the sixth century Mayan empire.

Kidokoro traveled mostly overland from Central America to southern Chile, and expected to reach Buenos Aires on March 20, from where a flight on March 26 would have carried him home to a new life in Japan as a university student. But Argentina declared a state of emergency on March 16 to prevent the spread of the coronavirus, and Kidokoro found himself stranded in Esquel, 1,900 km from the capital, with no way to leave.

“Since then, both the airline and the agent have been in disorder,” he said. “It’s impossible to reach them by phone or email to reschedule my departure or get a refund.”

After Argentina declared a state of emergency on March 16, 22-year-old Japanese backpacker Sota Kidokoro found himself stranded in Esquel, 1,900 km from the capital, with no way to leave. (Photo Courtesy of Sota Kidokoro)

The COVID-19 pandemic arrived late in South America, where it was seen initially as a problem for Asia and Europe. But when the first cases started to appear in Chile and Peru at the beginning of March — carried by people returning from pleasure or business trips to Italy and Spain — South American nations quickly imposed quarantine restrictions and grounded transportation. Ecuador closed its borders on March 15, followed by Peru and Argentina on March 16, and by Colombia and Bolivia on March 17. Brazil closed its land borders on March 19, but international flights are still operating from some airports.

Starting in mid-March, foreign embassies began to organize repatriation flights to help tourists return home. In Peru, for example, a group of 290 Australians left Lima, the capital, for Sydney on March 31, and around 400 British nationals joined Germans, French and Italians on charter flights that departed in late March and early April.

Some stranded Asians also managed to leave Peru, where the number of COVID-19 cases had reached 7,519 by April 14, despite the quarantine measures. Of 260 Japanese citizens who were initially stuck in the country, about 120 left on a flight arranged on March 29 by a Peruvian travel agency and the Japanese Embassy in Lima, and another 29 joined a charter flight organized by the Taiwanese delegation in Peru, which also carried four stranded Malaysians, according to the Malaysian Embassy in Lima.

A further 198 South Korean tourists and volunteers from the Korea International Cooperation Agency departed from Lima on March 26 on a chartered flight arranged by the South Korean government, and 65 Hong Kongers flew home from Cusco, Peru, on April 5 after a 64-year-old Hong Kong man contracted the virus and died there earlier in March. However, special flights such as these are hard to access for Asian tourists, such as Kidokoro, who are not traveling on package tours and have little disposable income. The Cusco to Hong Kong trip, for example, cost each traveler 30,000 Hong Kong dollars ($3,800).

“I’m happy with the quick response of the Malaysian Embassy, but the repatriation costs are way out of my budget,” said Kuan Yit Shen, a Kuala Lumpur resident who arrived in South America a year ago for a solo bicycle trip starting in Ushuaia, the southernmost town in Argentina’s Tierra del Fuego Province, and is stuck in Piura, a northern Peruvian town near the border with Ecuador.

Kuan said the total cost of returning to Malaysia would have been between $6,000 and $7,000, including a special flight from Lima to London or Miami arranged by the Malaysian Embassy, a commercial flight onward to Malaysia, and private land transport from Piura to Lima.

The situation is even worse for 18 Malaysians stranded in a hotel in La Paz, the capital of landlocked Bolivia, where the lockdown rules are stricter than in Peru: There is a curfew from 12 p.m. to 8 a.m., and citizens and tourists are allowed out of their homes and hotels just once a week to buy supplies. Tee Wan, a spokesman for the Malaysians, said they were in good health, but worried about their future and wondered when they will be able to go home. 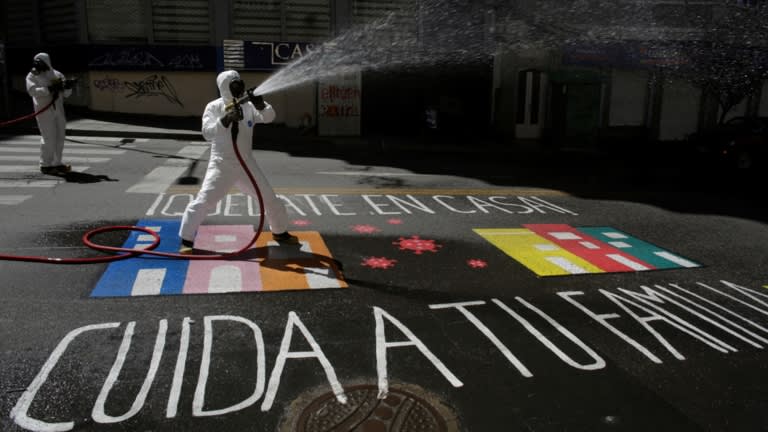 Since Bolivia has no Malaysian consular representation the group has asked for help from the Malaysian embassies in Peru and Brazil, which are trying to fill charter flights with Malaysians and other Asians stuck in both Andean countries to keep costs down as much as possible.

“We honestly dread the thought of returning to [Malaysia’s] 14 day-long hotel quarantine, and hope it will be lifted by the time we eventually return,” said Tan Boon Ee, a Kuala Lumpur resident currently stuck in an unstaffed hotel in Lima’s Miraflores district. A cruise ship that should have carried Tan and his wife Yupin to Buenos Aires on March 16 sailed away a day earlier.

Between 20 and 40 Indian citizens are stranded in various parts of Peru — some in remote areas of the northern Amazonas Region with little or no access to food and internet communications — as are about 45 Chinese nationals, three of whom are in Iquitos, a Peruvian port on the Amazon River that is connected to Lima only by air.

“The Chinese Embassy said that the number of Chinese left in Peru is too small, so they have no plans for repatriation,” said Mo Wenfeng, 32. Mo said she had given up hope of finding her way out of Iquitos. 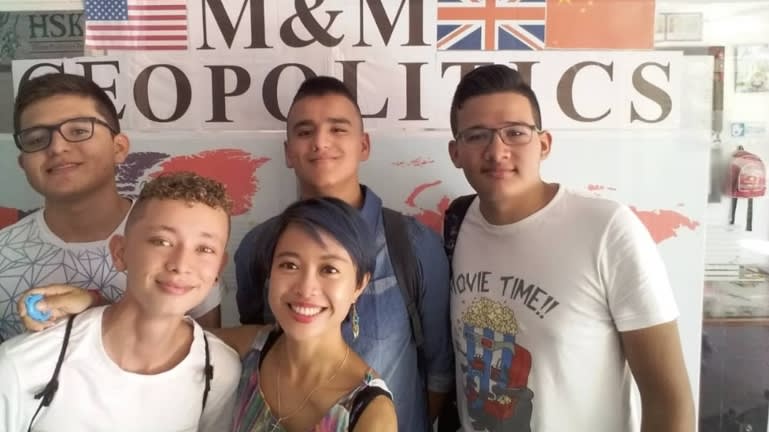 Chinese national Mo Wenfeng, center, is riding out the coronavirus storm in Peru. The challenges she has had to face amid the outbreak have been compounded by her ethnicity. “I was discriminated against by locals even before the lockdown,” says Mo. “They called me “Chinese virus.” (Photo courtesy of Mo Wenfeng)

On March 15, Mo was on a day tour in the Amazon jungle. When she returned to the city the next day, Peru had shut its borders. With inflated ticket prices and chaos at the local airport, Mo’s only hope of escape was a three-day-long boat trip on the Amazon to the Colombian city of Leticia, but the Colombian border closed before she could get there.

“I was discriminated against by locals even before the lockdown. They called me “Chinese virus,” Mo said. “But things really got sour when the hotel I was staying at kicked me out because I am from China.” Mo eventually found refuge in a care home run by a local church, and is spending her isolation volunteering with church elders and learning Spanish.

For Asians stranded in South America because they have no financial means or cannot get to airports the only hope is to wait for further embassy-organized evacuation flights or a decline in the number of COVID-19 cases, which would allow relaxation of quarantine rules. Both scenarios could take months: Isolation rules have already been extended until April 26 by Peru, Argentina and most other neighboring countries.

“The websites of commercial airlines like Iberia and LATAM now list regular flights from the first week of May, but it’s very unclear if I’ll be able to leave,” said Kidokoro. “My main concern is that the situation is getting worse in Japan, and I’m frankly afraid of getting home without trouble. Japanese are not welcoming travelers back into the country, as they are afraid we’d be carrying the virus.”