TOKYO — The founder of Oyo Hotels and Homes, one of India’s fastest-growing startups, is confident that the budget hotel chain can weather the COVID-19 crisis, citing a $1 billion war chest that will last “three years plus,” Ritesh Agarwal said Thursday.

Speaking at an online conference hosted by DealStreetAsia, the 26-year-old entrepreneur and CEO referred to funds raised late last year from Japan’s SoftBank Group that would keep the company going in the short term.

Oyo does “not have any intentions of looking at raising capital in the near future” despite challenges it faces from the coronavirus pandemic.

But Agarwal acknowledged that Oyo was not immune to the crisis. The impact of COVID-19 has been “very, very severe,” said Agarwal. “There is no question about it.” Yet, he said the company was focused on “keeping the same aspiration to become the brand that customers love the most in the [hospitality] sector.”

“As our customers and [hotel-owner] partners are supporting our value proposition, we just focus on deepening our relationship with customers and partners,” he added, without making any comments about whether or when he saw demand recovering to pre-pandemic levels. 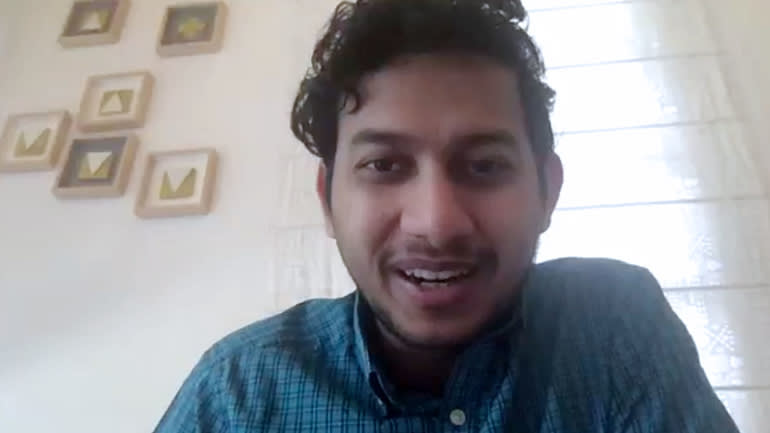 Oyo Hotels and Homes founder and CEO Ritesh Agarwal speaks at an online conference organized by DealStreetAsia on June 18.

Oyo recorded a loss of $350 million in earnings before interest, tax, depreciation and amortization, or EBITDA, in the financial year ended March 2019 on gross revenue of $951 million.

In an interview with the Nikkei Asian Review in early February, Agarwal said revenue for the fiscal year ended in March 2020 was likely to be three times higher, which would suggest a figure of around $2.8 billion.

On Thursday, he reiterated that profitability had been improving. “Our EBITDA losses as a percentage of revenue have improved in India, it moved from minus 40% [in fiscal 2017] to minus 24% [in fiscal 2018] to minus 14% last year.” Profitability at its China operations, which began in mid-2018, was also improving before the pandemic.

However, in India where Oyo earns 60% of its total revenue, the spread of the novel coronavirus shows little sign of slowing down despite the draconian lockdown that has been in place for more than two months. The shutdown of the economy has led to more than 100 million job losses.

Furthermore, China, the company’s second largest market, may be on the verge of a second wave of infections that Agarwal’s calculations would not have taken into account.

He revealed that the company’s revenue dropped by “slightly worse than 50%” in April from pre-pandemic levels. After Oyo resumed operation on June 8 in India, business is “slowly improving,” he said.

Regarding China, Agarwal described the country as being “quicker to recover” than others, stressing that the company has seen “strong improvements” there. Occupancy there was at one point down 60% from the pre-pandemic level but has now improved slightly to 40-45% below the pre-crisis rate.

Asked about Oyo’s experience with SoftBank as a shareholder, Aggarwal said the investor was “no different from other major private equity firms” in due diligence and other behaviors.

“(Masayoshi) Son-san is one of the most innovative thinkers in our generation, and it is great to have him as our supporter,” he added.

DealStreetAsia is a financial news site based in Singapore that focuses on corporate investment activity in Southeast Asia and India. Nikkei owns a majority stake in the company.

Thu Jun 18 , 2020
The Scottish Government has announced that restrictions on housing moves in Scotland will lift on June 29 as the country enters phase two of its routemap for exiting lockdown. Scottish estate agents are preparing for a surge of activity after 14 weeks of suspended sales. The pandemic has brought huge new demand […]